Shopping Cart
Your Cart is Empty
Quantity:
Subtotal
Taxes
Shipping
Total
There was an error with PayPalClick here to try again

Thank you for your business!You should be receiving an order confirmation from Paypal shortly.Exit Shopping Cart

We had a booth at the leonard strawberry festival, the people were great and we heard a lot of interesting ghost stories..

when we did the seminar at The Anton Art center in Mt. Clemens, members of the Mt. Clemens Kiwanis Club were there and e-mailed me and askes us to do a seminar for them, it took a while but we finally did it and had a blast, some of the members had some very good questions we actually ran over a bit, the Kiwanis Club is an organization that helps children it is a great cause to donate to if you are interested in helping or volunteering, our team volunteered to help anytime they need us, you can get all of the information you need by typing Mt. Clemens Kiwanis Club into your search engine...

we had a booth at Celebrate Oxford the fair they have every year it was great we met a lot of people, heard a lot of stories, had great food, and had some fun, several thousand people were there it's a very good time I highly recommend it.

we left at 5:00 at 6:30 a major gas leak was detected and the area where we were set up in the business section was evacuated, luckily noone was hurt...

We had a pretty good turn out for this Seminar and it went well, Romeo is an awesome place with a lot of history paranormal and otherwise, the people are friendly, the food is good, all the little shops and things are great, it's a great place to go if you want to have a good time, we were contacted by Jonathon from the Romeo Creamery & Tea Room that is owned by his mom Jada, Jonathon is in charge of P.R. for the shop and he thought since it's October getting a paranormal group to speak might bring some people in that might not know it's there since it has just recently opened it's doors for business, it's actually an ice cream parlor/antique shop/ and candle/gift shop it's an odd combination but a really cool place we recommend it...

This Hindu Priest and his Father came from West Virginia to do this House Cleansing and Blessing, Jennifer through her investigating the houses past found the original owner who also happened to have the house built and knew it's history, when they heard we were going to investigate possible paranormal activity they offered to come and help because a close relative had died in the house and if he was responsible for the activity they wanted to help him cross over, we were there for about 7 hours and they had just finished for the day they said it would take about another 11 hours to finish and came back the next day, things were quiet for about 10 days according to the homeowner then the activity apparently started again..

The photo below is of a room in the basement the family is afraid to go in, using the EMF Detector in the photo we traced the pipes and wires in the ceiling and the reading were off the scale they buried the EMF Detector, we then went upstairs and directly above the pipes and wires the readings were in the 40s, average is .02, readings like this can cause hallucinations, dizziness, rashes, and several other things that can cause a person to believe they have paranormal activity, other groups such as Everyday Paranormal from the cable show (Ghost Lab) also believe that the high EMFs can give the energy needed for an entity to appear or cause problems, the cause can be unshielded wire and even copper pipes and wires. . 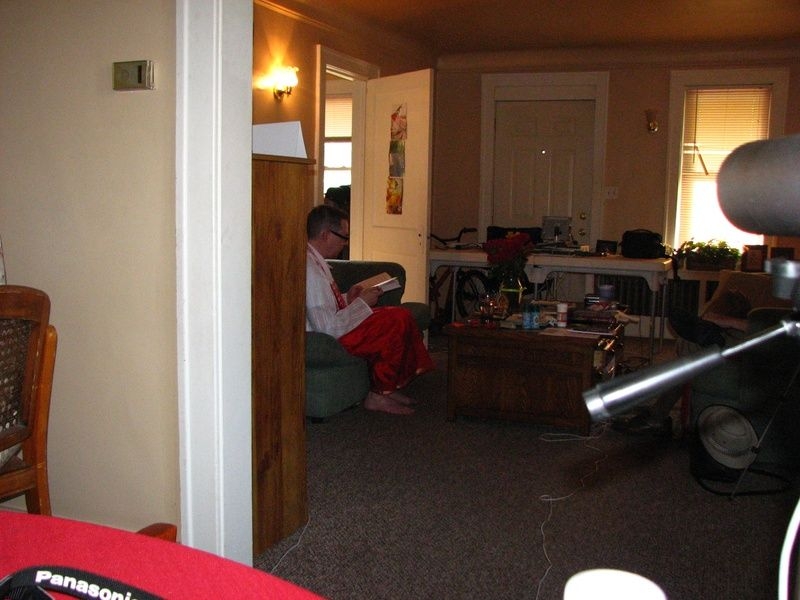 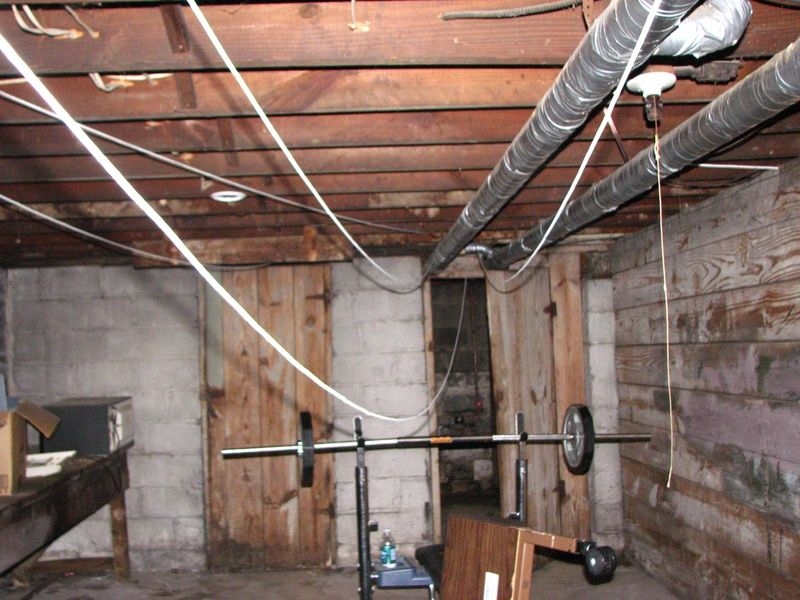 We had a great time doing this seminar the audience was very interested in what we had to say, a former team member lead this seminar Steve and I stood by for support, we all answered questions and there were a lot of them, what is usually a 45 to 60 minute seminar went for 1 1/2 hours... 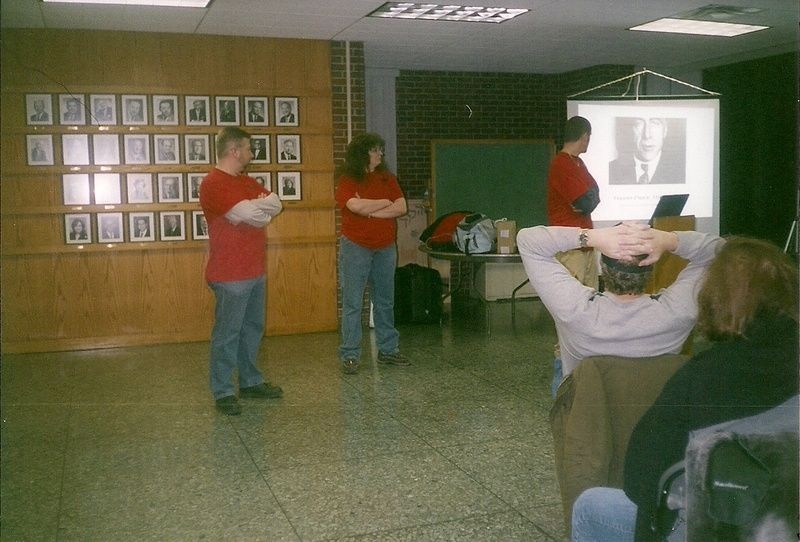 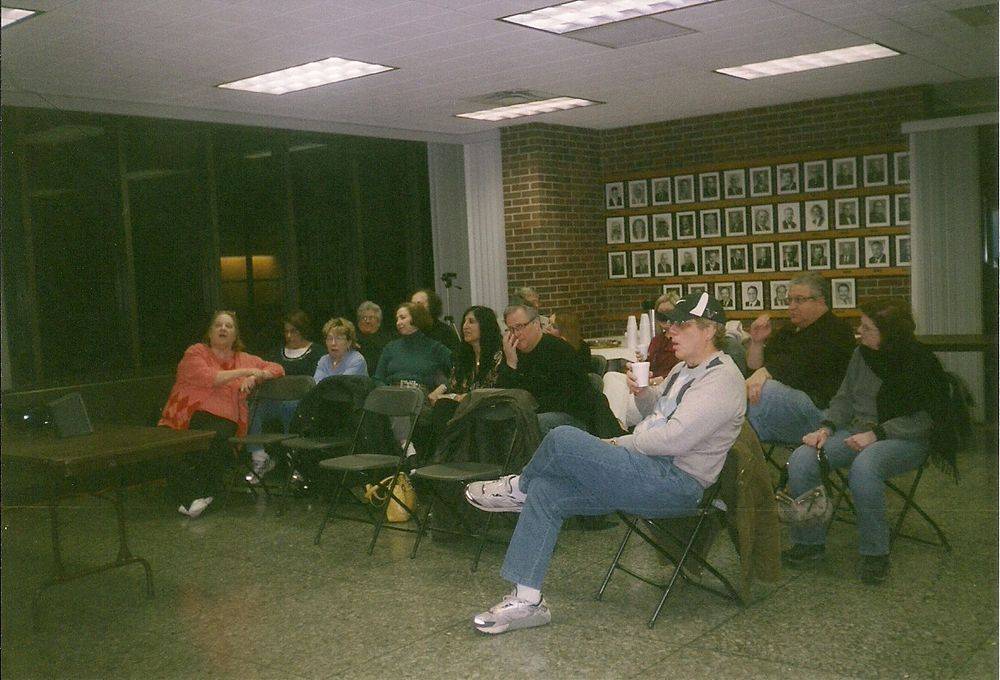 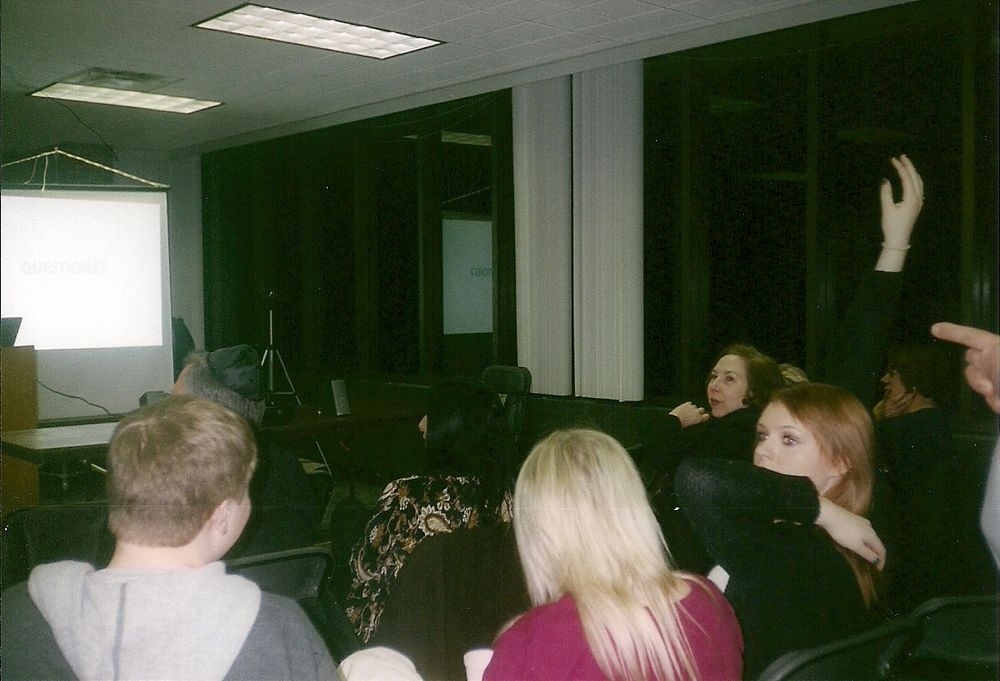